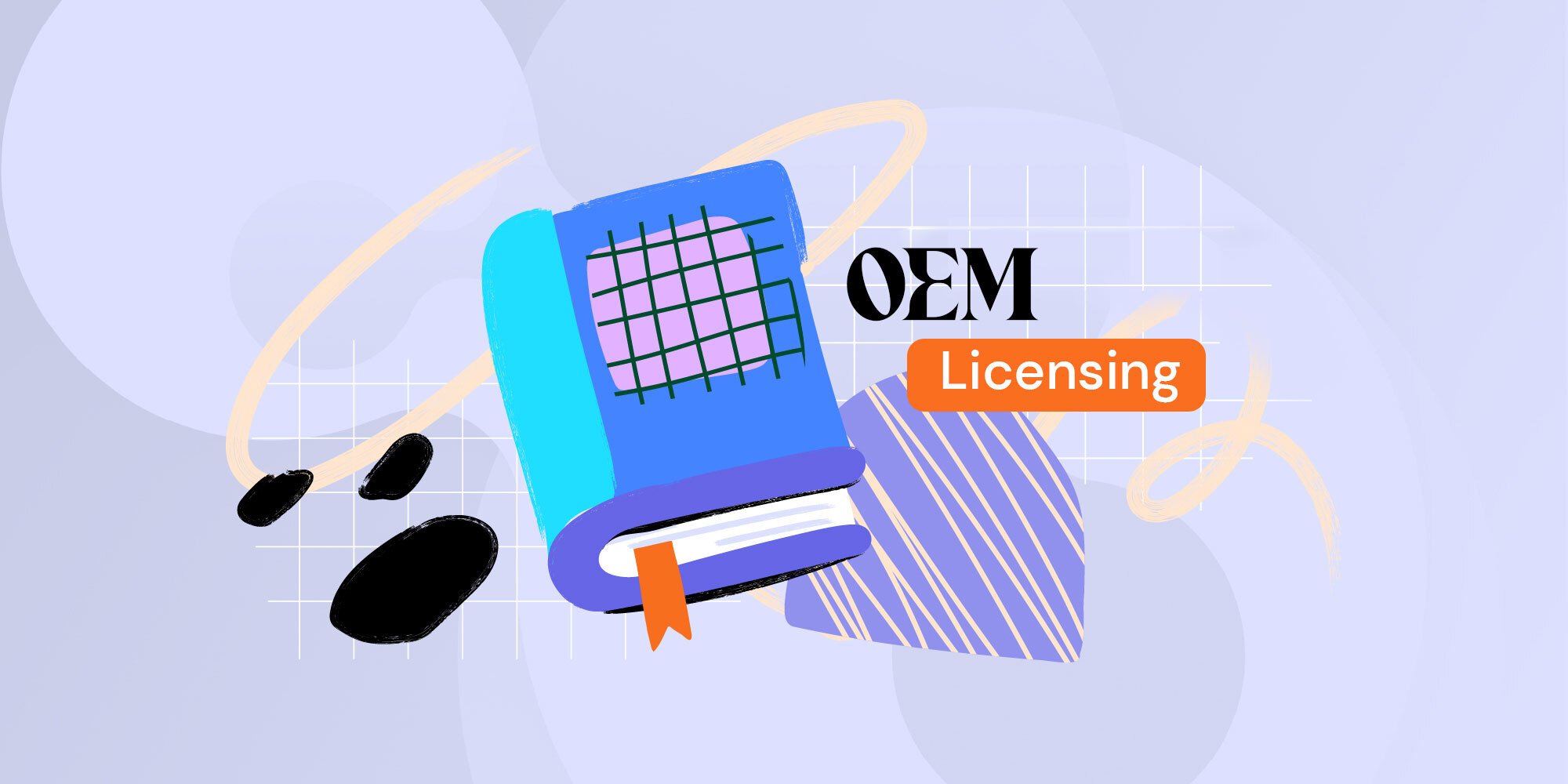 For a long time, businesses have been using enterprise OEM software licensing to sell their products faster, as well as to enhance the features and functionalities of their solutions. These solutions empower companies to provide more value to their customers without bringing in significant investments. And they present a huge portion of the global software market.

In the age of the digital workplace, it's advantageous to have a full understanding of how these software agreements work. It may even aid in your software asset management strategy. So what exactly is an OEM license? How does an enterprise OEM software licensing work? Let’s explore.

What is OEM licensing?

In very simple terms, OEM licensing is when a company (the OEM or the Original Equipment Manufacturer) provides licenses to another company to use their product within the latter company’s product.

How? Let's say a software company is developing an accounting, and to do so it needs some visualization tools. They could either develop their solution or simply use a third-party tool already developed, and save the development cost. If they decide to go with the latter, the two companies would come to an OEM software licensing agreement. With this, the company developing the accounting software integrates the visualizing solution within their product.

With an OEM license, the end-user gets more features, while the OEM is able to reach more customers and the licensee is able to add more value to their product.

Many software companies use enterprise OEM licenses to add machine learning, NLP, and AI capabilities to their product. It is particularly common in the analytics solutions industry.

Nevertheless, it's important to keep in mind that enterprise OEM software licensing is different from when companies purchase software for their own use. It also differs from a reseller agreement, where the licensee sells another company’s product as is or within a bundle of other products and services.

OEM licenses began in the automotive industry, where companies would make components and sell them to different car manufacturers who would in turn add these components before selling to the final customer.

In the case of the IT industry, the OEM licensing trends first came to computer hardware around the 1970s, before it made its way into computer software. In 1985, the first Dell computer, the Turbo PC, had an intel 8088 microprocessor. And even before this, Dell computers used stock components to build custom PCs.

Enterprise OEM software had its beginning when PC manufacturers started using third-party software and operating systems in the systems they sold to the end-user. For example, in the 80s, IBM started shipping computers with the early versions of Microsoft OS. Even now, most PCs and laptops ship with Windows instead of operating systems developed by the manufacturer. 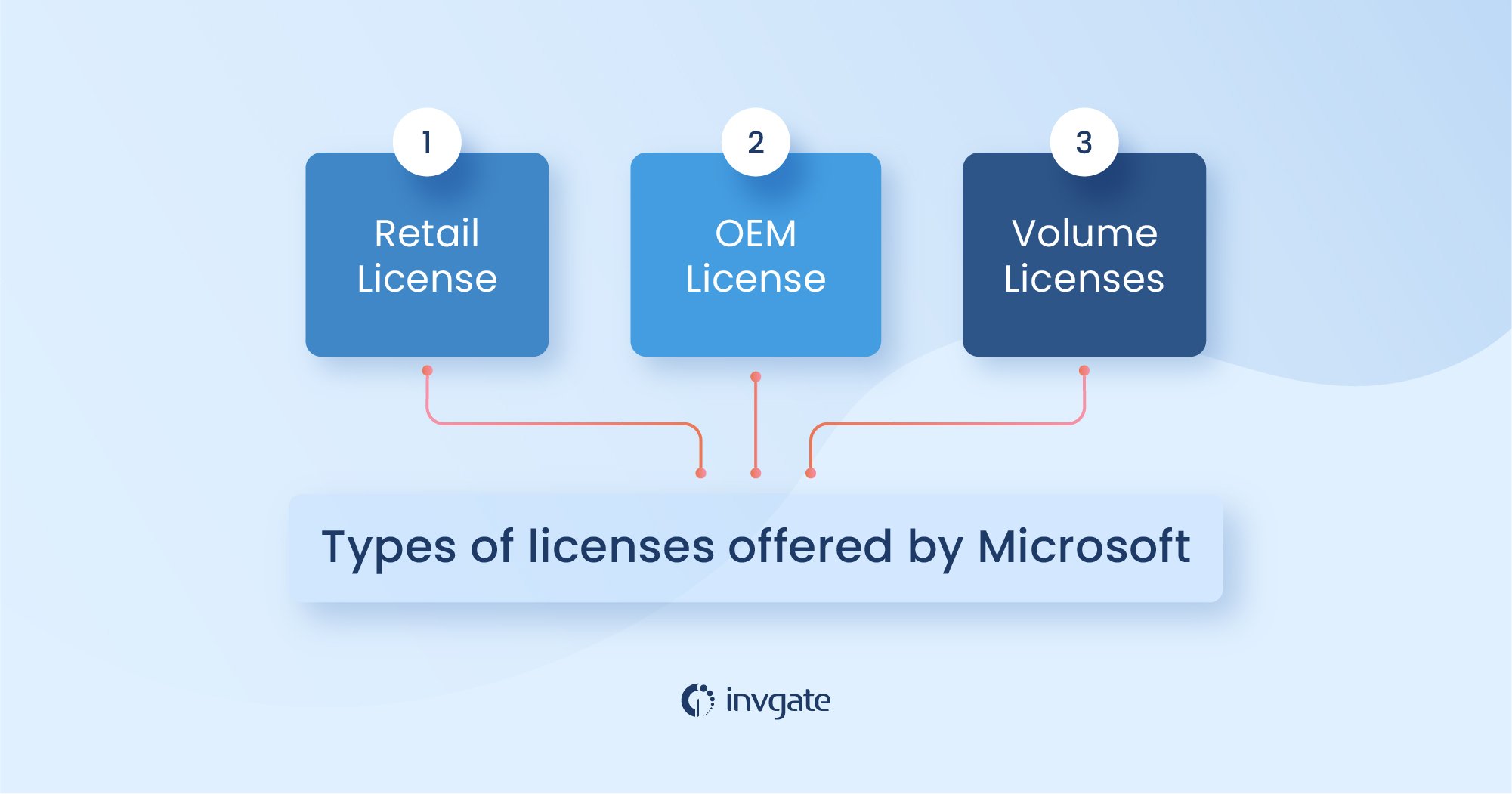 As far as the licensee is concerned, OEM licensing lets them offer additional functionality to their customers without having to invest more in their product.

If a company wants to offer AI or ML features to their customers, they’ll need a dedicated team for that — with additional resources and development time. Instead, they can simply get it from another company that has already developed what they need.

The licensee can also attract a wide customer base with the added functionality. Depending on the specific terms of licensing, they may even be able to create an additional revenue stream. Licensees can also gain an additional advantage over their competitors both through the additional functionality of their product as well as through specific clauses in the licensing agreement.

As for the licensor (the party that is selling the license), they can get their product into a whole new customer base with minimal cost of customer acquisition. Through their licensees, they are able to target new markets and verticals. For instance, a software developer that had traction for their analytics solution in the fintech market hadn’t had much luck in the healthcare sector. But by offering their solution through enterprise OEM licenses, they could reach a whole range of healthcare providers.

Vendors are also able to sell volumes of their solutions in a single go-through enterprise OEM software licenses. Plus, if they’re a small company or a new startup, they can also benefit from the exposure. Working with globally known brands can help them showcase the value of their product and bring them more credibility.

From the point of view of the licensor, the major drawback of OEM licensing is that, in most cases, they’re effectively surrendering a large customer base. This would depend on the particular licensing agreement, but if a specific functionality is already a part of the software they’re using, the end-user is not likely to buy another software.

Another drawback is that while you’ll be selling large volumes, you’ll also have to sell them at a lower cost.

As for the licensee, they are essentially taking on the risk of taking the product to the end-users. Since they’re buying the licenses in bulk, they stand to make a bigger loss if the product fails.

Lastly, compared to building your solution, the profit margins may be lower for the licensee when they are going the OEM route. The OEM route may also be more complicated; you’ll have to work with a third party to integrate the product and market it.

The nature of enterprise OEM licensing models is more diverse than what the end-user gets. The pricing — or rather the revenue sharing — may vary based on many factors. Let’s start from the basics.

Based on the above factors, there are different types of OEM software licensing pricing models. These are the most common ones, but the exact specifics vary from vendor to vendor.