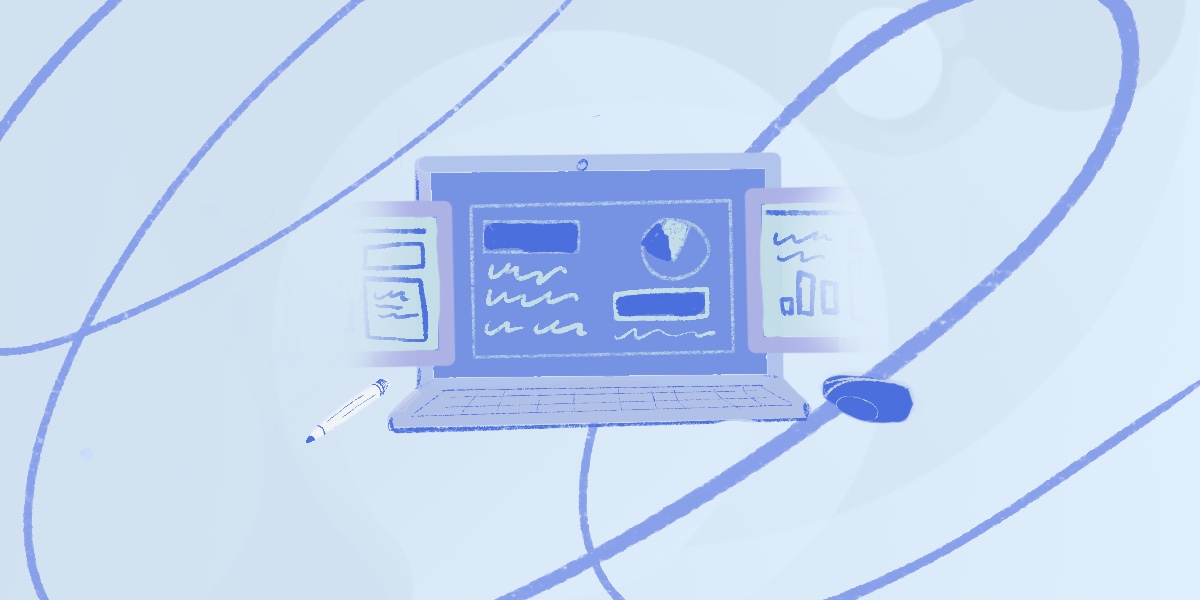 DevOps is not just a set of practices but a culture that focuses on collaboration. Thus, its primary goal is to foster improved communication between software development and operations teams. There’s, more or less, a perfect DevOps tool for every job.

This article will cover the 10 best of them so you can make informed choices. Of course, we won’t go over every tool out there (that’d take weeks!), but we’ll tell you about the best DevOps tools for each job – and hopefully save you some time, so you can be on your merry way.

As we discussed in our DevOps explainer article, tools are a big part of the DevOps methodology since they automate, facilitate, and make processes less prone to errors.

According to their functionality, we can divide them into nine different categories:

Let’s take a brief tour through each DevOps tool type to understand what part of your work they will smooth over.

Version control is about utilizing a system to record changes to a file or set. A version control tool refers to the kind of software that makes it possible for the software development team to take a good look at the source code when changes are in order. In turn, the system records all the changes they make when they need to roll out a new version later.

Communication is one of the big perks of DevOps. And the digital software ecosystem provides more options than ever for teams to keep in touch and stay organized. But workplace communication is a notch above in requirements; things like security, UX, integration, automation capabilities, and subscription services vs. in-house ones are always questions on the table. Ideally, the right DevOps tool for communication should answer all of them.

Continuous integration is an essential part of DevOps. Not only that, it drastically reduces the time it takes to remove bugs and makes them easier to detect in the first place. Some other principles behind continuous integration, like automated testing and build automation, can streamline this process even further.

Build tools are an essential part of DevOps automation. They’re programs that automate the process of creating an executable application from source code. They aim to compile, link, and package the code into the .exe files we know. Build automation can save time and money by covering various tasks that software developers perform daily through efficient scripting.

However, a good DevOps tool for building automation doesn’t end there. It starts with the scripting and building process. Then comes the unit testing, continuous integration, regression testing, performance testing, and more.

Configuration management is an integral way to keep tabs on any changes to parts of a system. But if you don’t make this process a part of DevOps automation, you’re shooting yourself in the foot.

If not handled well, configuration management can tax resources and lead to repetitive admin tasks, like version management, compliance, process automation, future releases, etc., which can all be automated swiftly.

Container platforms are isolated environments where developers can build, test, and ship applications without using outside resources. Each “island” is a complete runtime environment that includes the application's libraries, source code, configurations, and attendant dependencies. Thus, a suitable container can and should consist of orchestration, security governance, automation options, and more.

But wait, isn’t DevOps about building bridges? Yes, but it doesn’t mean that part of DevOps implementation isn’t about keeping things structured and firmly in their lane. Container platform tools can lend a big hand here.

In a nutshell, automation can help by letting machines care for all those menial, repetitive tasks (which we all hate, anyway). By reducing the need for human interaction, DevOps automation can help with design and development, software deployment and release, and monitoring.

DevOps automation, likewise, has plenty of trickle-down benefits, such as eliminating the need for large teams, reducing human errors by a considerable margin, increasing productivity, and creating a faster-moving DevOps cycle. As a result, automation tools using the correct software configurations can help make things easier by orders of magnitude.

Building great software isn't easy, and making sure that everything works after every release can swiftly become a time-consuming and tedious process. That is where automated testing tools come in. Automation testing aids this process by using software applications to test cases, compare outcomes automatically, and report any possible flaws. With these tools, you can deploy software with confidence.

Automated testing ensures that features work as expected every time, and you get an early warning when something stops working before the bug is even deployed.

Incidents happen. With businesses becoming more complex and built on many infrastructures and services, the interactions between all the tools necessary to run things and the fast-changing environments can and will lead to issues.

When choosing this type of DevOps tool, the first aspect to consider will be how well it can integrate with other existing systems. Their ability to do their job correctly hinges on how well they can report what’s going on with everything else.

So, having explained how each type of DevOps tool works, it’s time to share the 10 best ones with you – and make a short case around why they’re so darn good.

Git is perhaps the most widely used version control tool in the business. As we’ve established, version control lets developers keep track of every change and update in their codes. They can revert to the previous version without hiccups if something goes awry. Git, as a DevOps tool, makes this extraordinarily easy.

First, it’s compatible with most protocols, including HTTP, SSH, and FTP. Secondly, it’s effortless to implement. And third, it offers a tremendous advantage for non-linear projects with shared repositories — a contrast to most other centralized version control tools. This makes it ideal for mission-critical software, in particular.

Plus, Git is more of a suite of DevOps tools rather than a single entity. It includes three storage tools, two of which are GitHub and GitLab, cloud-hosted repositories. Of course, out of these three, we could consider only GitLab and BitBucket to be enterprise-grade.

BitBucket by Atlassian deserves its special mention. Rather than just being a branch of Git, it can be considered its version control tool. It’s especially great for managing projects throughout the software development cycle. The main draw is that, while GitHub is great, BitBucket is a far less pricey alternative. Plus, it has a private repository, something you can only get in the paid-for version of GitHub.

But it doesn’t mean that BitBucket is a cheap alternative. People are flocking to it because of its great inbuilt integration with Jira and Trello and its constant improvement and development (CI/CD) features that give it an edge.

Communication between teams is integral to DevOps, and Slack can help everybody quickly stay on the same page. Its friendly project management architecture helps everyone stay organized, with separate chat rooms for teams and projects.

Plus, it boasts out-of-the-box integration with tools such as Trello, Twitter, and Google Hangouts, further blurring the line between the social and workplace aspects of communication (but making sure everything stays where it should without interfering with work).

Jenkins is a continuous integration DevOps tool that gains an advantage through its internal and external plugin extensions. As an open-source Java-based automation continuous integration tool, it’s supported by various operating systems. The list includes Windows, macOS, and other Unix-based operating systems. You can also deploy it on cloud-based platforms like Google Cloud.

You probably already know about the enormous importance of the CI/CD pipeline. Jenkins is compatible with most integration tools, boasting over 1,500 plugins to provide integration points with practically everything. It can also deliver customized functionality during software development.

In addition, it’s straightforward to install and configure across multiple platforms, so there are no big headaches here. With its easy support for workflows and accelerated build tests, you can install and start using it immediately.

Docker allows you to automate the development, deployment, and management of single-node, containerized applications. You can easily integrate it as an open-source automation tool with cloud-based services such as Azure Cloud, AWS, or the Google Cloud Platform. And hey, you can run it on both Windows and Linux systems.

Software security is a huge deal and one of the main concerns of any DevOps team. Therefore, Phantom can be a massive aid to help developers create a near-impregnable structure as the foundation of the software development cycle.

Phantom allows your team to collaborate in a centralized environment in the case of an incident and to be aware of any escalating security threats. It lets DevOps experts nip those risks in the bud using techniques such as device quarantines, file detonation, and many others.

Nagios is in the same league as Phantom, a monitoring tool that helps you securely run things. Phantom can act as your control center for your applications, business infrastructure, and servers. It can be of invaluable help for large organizations with a near-infinite number of circuits running in the background — servers, switches, routers, etc. If any device fails, it lets you know about it and fix the issue quickly.

As a bonus, it keeps a clear performance chart to monitor trends and let you know when a device or process is tipping close to the failure line.

Vagrant can help you create compartmentalized virtual machines in a single workflow. By using this DevOps tool, team members can use the same runtime environment and test things faster without having to set up configurations or using external resources (and risking the stability of other items in the more extensive system).

Ansible can considerably help your configuration management and IT orchestration efforts. Other competitors, such as Puppet, are super front-loaded with features. Ansible is a more straightforward, less device-intensive tool that can run in the background without slowing down your system.

It is primarily used to push changes within your system and configure new machines. As a result, it makes scalability and replication speed much, much faster.

Chef, or Progress Chef, is a Ruby-based configuration management tool that’s a bit more serious (and a bit of a system hog) than Ansible. While it was Linux-based, it now offers Windows support as well. It’s an excellent alternative to Ansible because it is cheaper and works well with larger-scale systems.

Companies like Uber and Microsoft, among others, choose Sentry as their go-to bug detection tool. We can quickly tell why, too! This tool supports common languages such as Ruby, Java, and iOS, among others, and has an in-built SDK that can help you add customized support for new languages or frameworks as needed.

Sentry will constantly scan lines of code across your whole system to let you know whether something is not working as intended. Plus, it doesn’t just highlight the issue; it offers a range of solutions that are just a single click away.

With any of these tools, you should find it easier to maintain DevOps principles and lead your projects towards the best possible outcome.

What DevOps tools should I know about?

Chiefly, the ones mentioned on this list. Namely: version control tools, communication tools, build tools, container platform tools, monitoring tools, configuration tools, and, lastly, testing tools. That should give you a full arsenal to work with.

Which tool is best for DevOps?

It depends on your objectives. You won’t get far without any of the tools we’ve named. Thus, you should consider implementing high-quality tools for every step of the development pipeline. We recommend tools like Git, Google Cloud, Slack, Chef, Vagrant, Ansible, Phantom, Docker, and Ansible to keep you covered every step.

What is the best tool to implement for DevOps Azure?

What is the best DevOps orchestration Tool?