The WSJ Says "It's Time to Get Rid of the IT Department." This is Why They're Wrong. 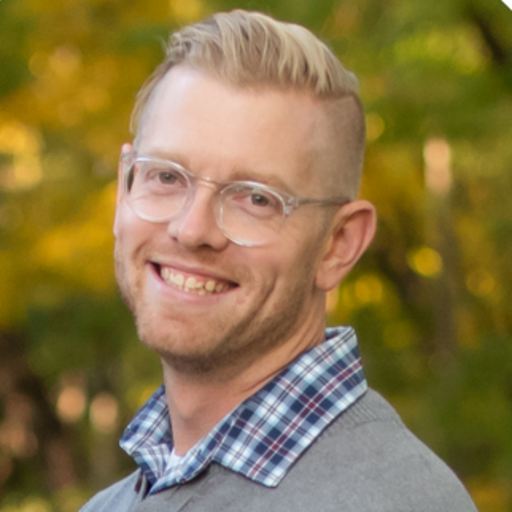 Last week, the Wall Street Journal published an article titled It’s Time to Get Rid of the IT Department. It’s paywalled, so those without a subscription might not be able to read it, but the gist of it is this: IT departments are the lumbering remnants of a bygone era, and as such should be put out to pasture.

The article, written by Joe Peppard, advocates for the concept of decentralization: instead of having one single IT department that services the various departments within a company, each department should instead have dedicated IT staff as part of its roster, trained in IT but also in the specifics of each team’s responsibilities.

If this premise immediately triggers a raised eyebrow, you’re not alone. The IT centralization versus decentralization debate is not a new one, nor is it necessarily a simple one. And, as you may imagine, it’s a bit of a sensitive subject for IT professionals themselves, which is why an article with a provocative headline published by a world-renowned publication causes waves within IT communities. 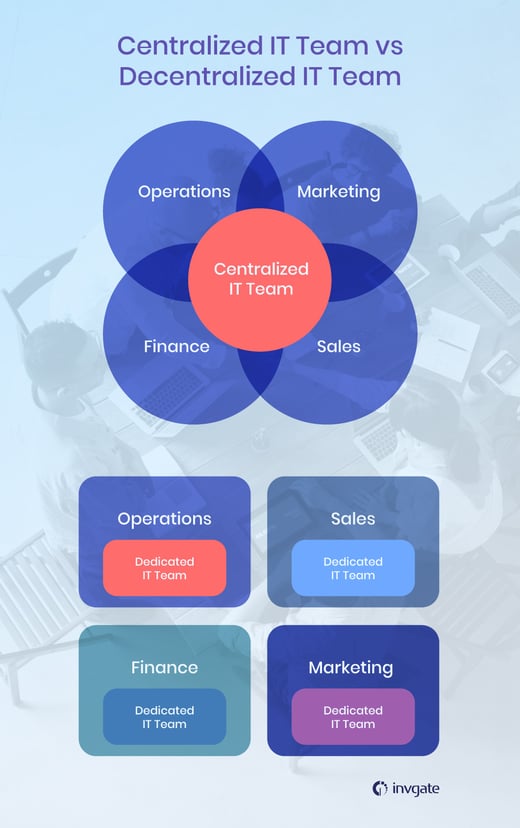 So what do we make of Mr. Peppard’s assertions? Is he completely in the wrong, or is he on to something? Let’s start off by acknowledging some of the valid claims in the piece.

What the Article Gets Right IT

Let’s start by acknowledging the obvious: this is a clickbait headline. It’s meant to generate a conversation that leads to a change in how we perceive the role of IT, hopefully for the better. And in order to get there, it seeks to make us uncomfortable with a provocative headline. And growth only really happens when you’re uncomfortable. When it comes to reimagining IT organizations, that’s a valid approach.

And yes, Mr. Peppard’s article is peppered with deliberately provocative claims, but it’s hard to imagine an IT professional reading the piece and not nodding along in agreement at least once or twice. There are some particularly relevant insights here, though we may disagree on how he gets to them. For instance,

“And it inevitably means that the metrics by which the IT department is measured are often irrelevant to the success of the business.”

This one is so true it hurts. The IT department does often feel like an outlier from the rest of the organization when it comes to measuring success, like a team that was sliced straight out of a different company. However, this is a different issue that will continue to occur independently of whether IT is decentralized or exists as its own department.

The premise of the piece is not entirely wrong. It’s true that IT often sees things in terms of systems / machines / processes (engineer philosophies) and doesn't always recognize the human element. The author also points out the problem of the provider/customer relationship with the business and how that’s not a great way to drive business outcomes.

However, like much of the article, when it comes to actually laying out a plan that is realistic, actionable, and smart, the arguments seem to disappear in a puff of platitudinal nothings and vaguely-defined solutions.

What the Article Gets Wrong

Let’s get the petty stuff out of the way: For every relevant point in the Wall Street Journal piece, there are several cheap shots at IT professionals that point to a lack of understanding of their capabilities, day-to-day responsibilities, and culture. To wit:

There is, of course, a tremendous amount of conjecture there. And instead of explaining his vague claims, the author decides to tell us about their futuristic employer who had everyone trained in IT work (must have been a small team).

Similarly, there are several bold claims throughout that seem at odds with the reality of working in any type of company. The author claims that “with cloud computing and other technology innovations, having hardware or software physically on the premises is no longer necessary.” But as anyone will tell you, getting certain team members (like developers and graphic designers) to switch to full-cloud software solutions is a non-starter. Additionally, operating without any hardware on the premises is going to be a challenge. Are these companies using cell phones for everything?

Further down, the author attempts to define a vague solution to this problem, and almost gets there:

“Everybody has to use the same security protocols and software-programming languages, and conform to a prescribed architectural blueprint when building digital products and solutions. But within those guardrails, employees have the scope to do whatever is necessary to get the job done.”

How are you going to communicate this? What exactly is a blueprint, and will employees stick to it? How are you going to ensure compliance during the audit? Have you ever tried to get developers to use “the same software-programming languages”? This is not a thing that can actually be done. The reason there are different languages is to accomplish different things in different ways. Some teams even consider this a competitive differentiator.

Near the end of the article, we finally get a description of the author’s proposed solution, a “distributed network of pools of tech expertise and knowledge (...) staffing each department, and even each team within that department, with a combination of people with business knowledge and people with technology knowledge.”

He goes on to say:

“None of this will be easy. Companies have to figure out how to allocate and deploy IT resources in a new, decentralized world, when different groups’ needs can change from month to month. There also are a lot of vested interests in maintaining the status quo. Senior executives will need to acknowledge that they themselves are often part of the problem, and that when it comes to the digital world, many don’t know what they don’t know. Once they do see that, though, the way forward will be clear: Organizations need IT. But they almost certainly don’t need an IT department.”

At the end there, the author flip-flops saying that “companies have to figure out” this new decentralized world, maintain the status quo, work with senior executives that are part of the problem and then end with this bombshell of a claim that “organizations need IT” but apparently it will be so advanced, they don’t need a department. Somehow the author lives in a utopia where their organization doesn’t need systems bigger than a team and doesn’t require IT information security.

It’s pretty clear that Mr. Peppard doesn’t work in an enterprise, hasn’t supported their family computers, and hasn’t used technology to solve complex problems in a while. Because anyone doing any of those things knows that people need help. Technology isn’t ready for the panacea he paints. 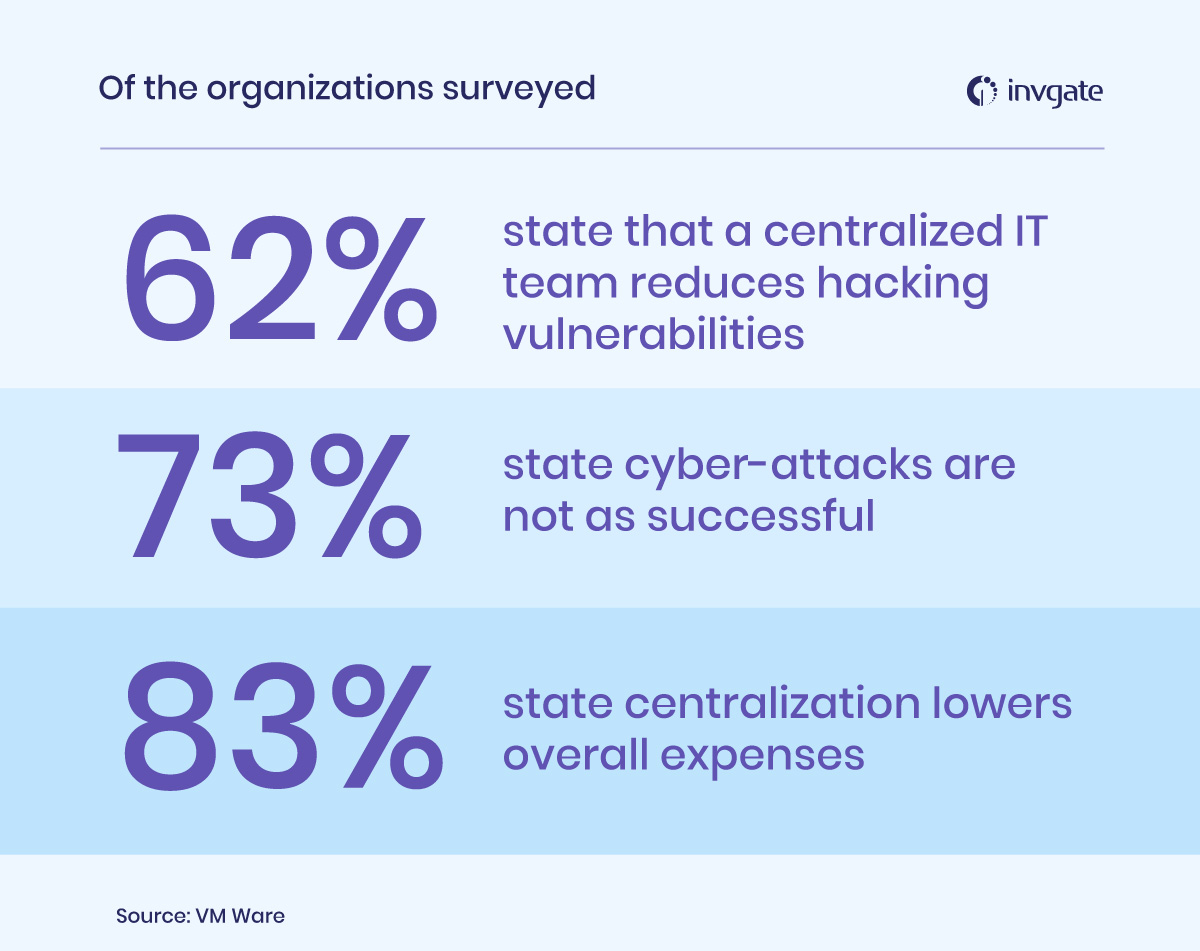 The IT centralization versus decentralization debate is a nuanced one. There are at least three distinct elements associated with the debate: control, physical location, and function. Any discussion that aims to produce a satisfactory outcome needs to consider each of these three elements, and how they play into each company’s structure. We’ve worked with clients that have dedicated IT Business Partners (Support Analysts) and some that have teams that follow the specific business unit. It can work, it can fail - but they try, test, measure and react; just like all good businesses should.

Our experience here is that it's not about getting rid of IT, it's about making sure that IT doesn't get bogged down with "we've always done it this way" and, instead, focuses on "there must be a better way to do this."

The strength of IT is the Information side. The technology side is just a vehicle for sharing that information and letting the organization realize as much value from it as possible. It’s true that we shouldn’t blindly accept IT Operations as-is without questioning the operating models. We should always try other ways of working, and try to find what best fits our operational needs. And yes, stakeholders are often scared of radical change because they don't have that roadmap imagined yet. But the idea of abolishing IT as a result presents needless risk.

The wise way to do it is to focus on honing the "soft skills" for the people currently in IT (i.e. HR ways of thinking, customer service thinking, sales & marketing thinking) and to bring in talent with a strong tech background but who also possess a growth mindset

In short, it's not time to get rid of IT - it's time to acknowledge that IT is more important than ever, and that means it needs to be reimagined.  And in order to do that, the focus needs to move towards the “I” and away from the “T.”