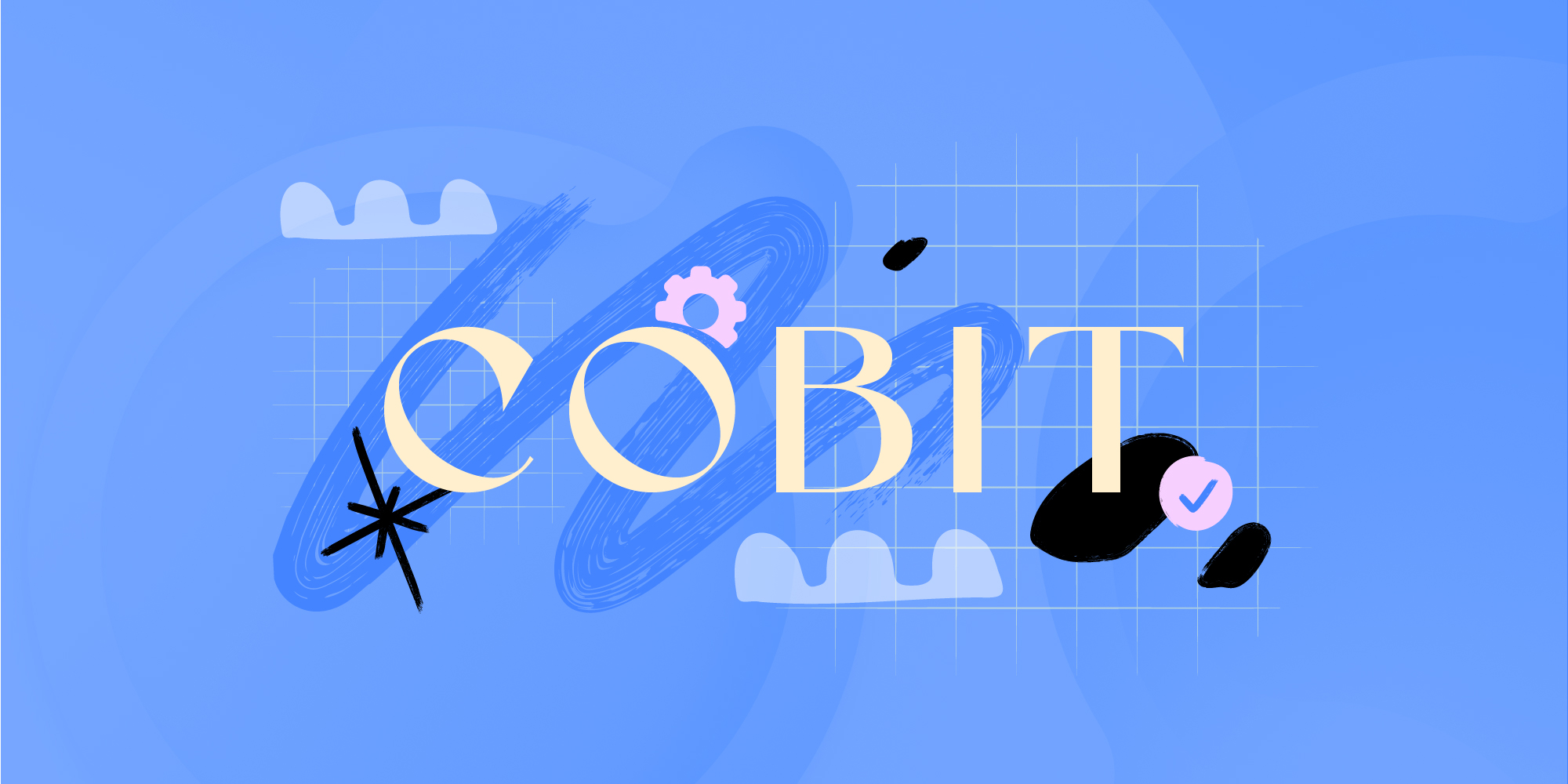 COBIT is one of the most widely used frameworks for IT governance. Among ITSM frameworks, COBIT is best known for aligning IT strategy with the overall business goals of the organization. Initially released in 1996, the framework has become popular among organizations for managing their IT risks, ensuring compliance, and keeping ITSM on track for achieving organizational goals.

With this article, we hope to introduce you to the COBIT framework. We’ll be talking about:

Read on to know more about this popular IT governance framework.

COBIT, or Control Objectives for Information and related Technology, is a framework that was first released by the Information Systems Audit and Control Association (ISACA) in 1996. At first, the goal was to bring together the financial aspects of a business with its IT. The scope has evolved over time to bring the IT processes to be more in touch with the business goals of the organization.

ISACA has released updated versions of the framework over the years. One of the most popular versions, COBIT 5, was released in 2012 and brought in various aspects of COBIT 4.1, as well as other products from ISACA. COBIT 5 incorporated elements for information and data security governance into the framework.

COBIT 5 is based on five guiding principles:

Let's take a closer look to each of them.

1. Meeting the needs of stakeholders

For all organizations, this is the main business goal. The idea is that all processes must be oriented towards achieving the goals of the stakeholders.

2. Covering the whole enterprise from end to end

By the time COBIT 5 was developed, most businesses had come to the conclusion that they needed a framework that didn't just cover IT, but the whole enterprise. Other frameworks like ITIL have followed a similar idea, expanding their scope to industries other than IT (which is why the IT Infrastructure Library became ITIL). And ISACA developed COBIT 5 with this thought process, to create a framework for the entire business.

3. Application of a single integrated framework

COBIT helps departments across an organization to have a single framework that is aligned with other standards like ITIL and ISO. COBIT 5 helps create organization-wide definitions for different terms and reduces ambiguity.

COBIT 5 views the entire organization as a whole instead of disparate components or entities. The framework helps stakeholders make decisions and implement them across the organization using what COBIT refers to as "enablers."

According to COBIT 5, IT governance and management need different organizational structures and activities, and therefore keeps them separate.

What are the components of COBIT?

COBIT has a three-level structure connected to each other comprising business requirements, IT resources, and IT processes.

The COBIT framework uses five components to make use of the IT resources available to carry out the IT processes, which in turn helps meet the business requirements.

Regarding the three-level structure, business requirements consist of:

On the other hand, IT resources consist of:

And lastly, IT processes consist of:

Now, it's time to dive into the five components of COBIT:

The framework is for organizations to categorize their IT governance objectives into different IT processes and domains. This is in turn linked to various business requirements of the organization.

The goal of this framework is to connect the decisions made by the executives and the stakeholders with the work carried out by the individual IT team members. It keeps the goals of the organization and the activities of the IT department in sync with each other.

As the name suggests, these components are used for controlling different IT processes. This is a complete set of high-level requirements the management has set for control of IT processes.

Management guidelines are used to assign responsibilities for different processes and define how different processes are connected to each other. They are used for defining responsibilities for tasks, creating agreed-upon performance metrics, and suggesting how COBIT can work with other frameworks in the organization. Stakeholders use these for coming up with shared objectives.

Maturity models are used to measure the maturity and capabilities of different processes. The maturity model lets organizations assess the maturity of all the processes, activities, and domains in the COBIT implementation, on a scale of zero to five.

COBIT and ITIL are frameworks that are used to manage ITSM services within an organization. Both are highly popular and have evolved with time, and like other frameworks, these two also have borrowed elements from each other. The differences between the two frameworks mainly arise from their approaches towards ITSM, which in turn stems from why they were designed initially.

COBIT is more of a governance framework and takes more of a rule or control-based approach towards ITSM. The COBIT framework helps an organization to create well-defined controls and make sure that it is implemented throughout the organization.

These rules can be for compliance with other standards or industry regulations, or for achieving stakeholder objectives. And we can trace the origins of this approach to why COBIT was designed: to make it easier for financial auditors to manage the IT aspects of an organization. 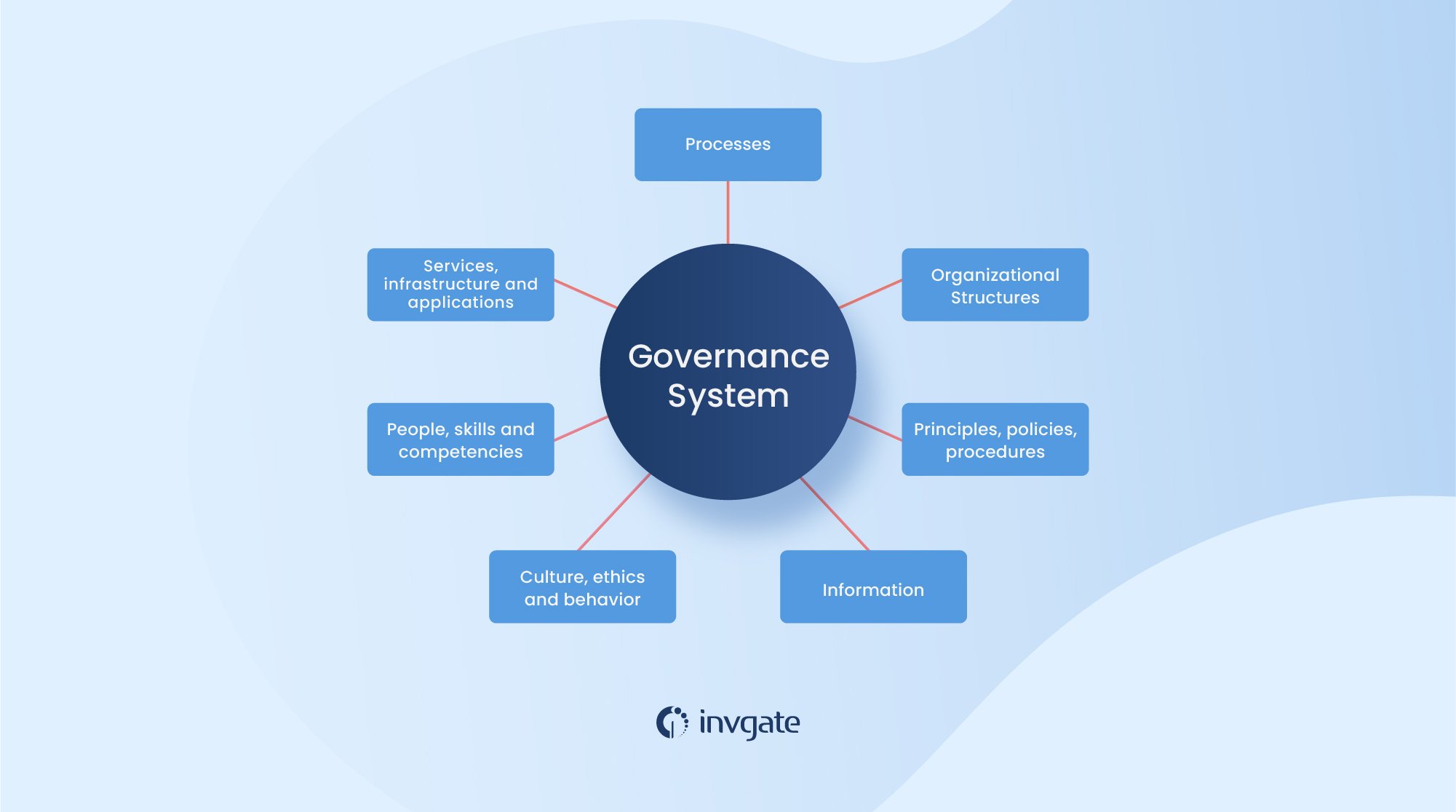 The framework helps organizations build these services so as to meet the client requirements, and ensure clear communication between all the parties involved in every stage of service delivery.

The framework was originally designed by the UK government for standardizing IT management practices around government functions. Over time, ITIL has evolved by taking elements from DevOps and other practices.

While both frameworks have different approaches, they’re both trying to solve the same problem and have similar goals: to get the most out of the organization’s IT and help the organization reach its goals.

Both frameworks also try to develop a definitive language across different parties; ITIL tries to ensure clear goals and expectations between the service provider and the client, while the COBIT framework uses process descriptions to create a consistent language for different processes and activities.

What is the COBIT maturity model?

The COBIT maturity model is used to assess the progress of COBIT implementation in an organization and to gauge the capability of the organization in different processes.

At level zero, the process lacks any basic capability, and at level five, the process is well defined, it achieves its purpose, and continuous performance measurement and improvement is implemented.

The practice capability is usually measured by a simple average of the maturity levels of the activities. In some cases, when organizations and processes are more mature, a weighted average may be used to determine the capability.

The holistic nature of COBIT demands that the organization consider other factors along with the capability level to determine the score for the practice. The expected capability levels are also adjusted to the industry or organizational standards to gain a meaningful figure.

The benefits of COBIT

The last item is why COBIT is mainly known for. In this sense, COBIT helps organizations stay compliant with the various legal requirements of the industry, as well as contractual agreements they have with their clients. The framework helps organizations manage their compliance, financial, and cybersecurity risk effectively.

Different organizations will have different IT requirements and they need a framework that can be adapted to their unique needs. This is what COBIT delivers.

The framework offers a collection of activities, processes, and management objectives. Practitioners essentially get to choose and build a solution from this collection that’s perfectly suited to their requirements. Organizations can bring in the frameworks they’re already using, such as ITIL and DevOps, when implementing COBIT.

After this thorough description of the COBIT framework, it's time to recap its most relevant aspects:

Due to the fact that, in its origins, the COBIT framework was designed to simplify for financial auditors the management of IT aspects within an organization, it's a robust model to measure and set goals for capability.

And the good thing is that it can work perfectly with other frameworks like ITIL and DevOps.

What does COBIT stand for?

COBIT stands for Control Objectives for Information and Related Technology. The framework was developed by ISACA and was first released in 1996.

COBIT 5 was the last version of the COBIT framework to be released with a name referring to the version number. It was released in 2012 and drew on COBIT 4.1, VAL IT 2.0, as well as other products from ISACA. It still remains one of the most popular COBIT versions.

What is the purpose of COBIT?

Like other ITSM frameworks, the purpose of COBIT is to manage the IT infrastructure of an organization. The framework was initially designed to bring the financial side of the business more in sync with the IT aspects and this reflects even in current iterations; COBIT is still about linking business requirements with IT processes.

Read other articles like this : ITSM, frameworks, ITSM Framework