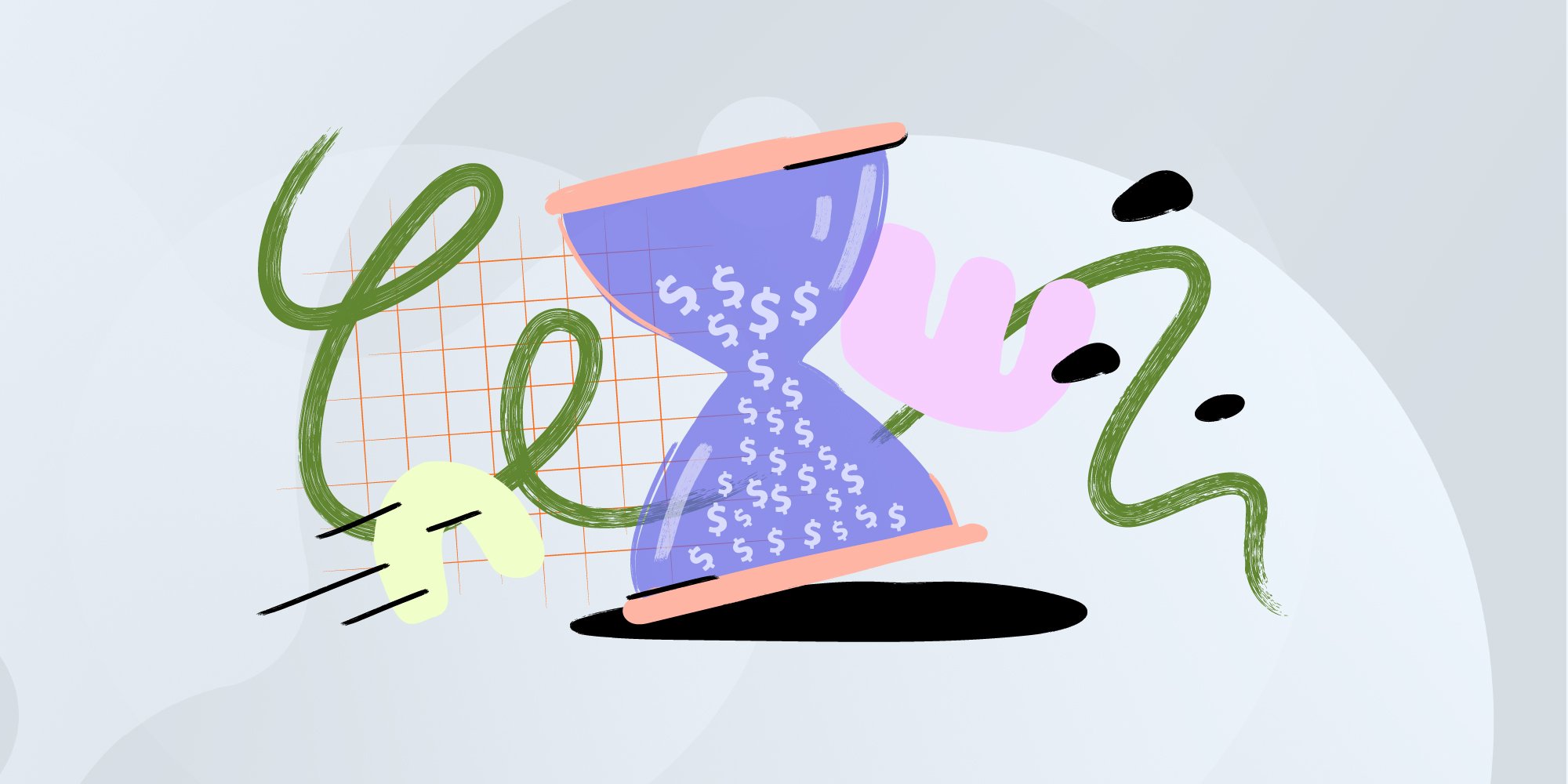 The Cost of Downtime: How Much Does an IT Outage Cost Your Business? 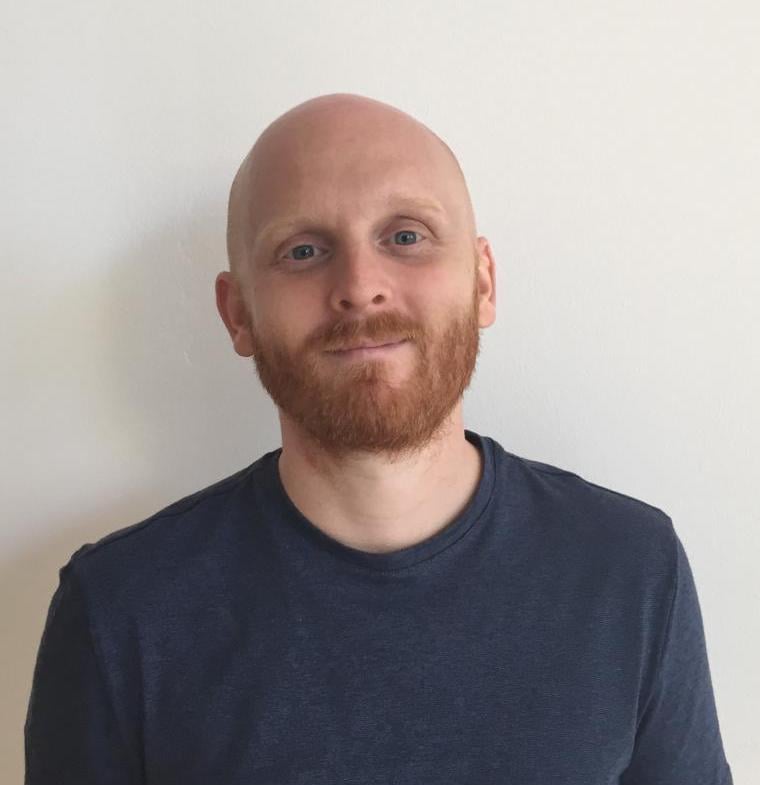 Life in the world of managed IT services is not without its pleasant surprises. Although we’re an industry of system builders dedicated to facilitating the smoothest of operations possible, downtime still happens.

An unexpected system or network failure is not uncommon. In fact, it's inevitable. Even some of the world’s biggest companies can’t get away without painful outages.

Regardless, you can still prepare for unplanned downtime, and the first step in doing so is to calculate its cost.

In this article, we’ll explore downtime cost and what contributes to it. We’ll also run through some ways your team can best prepare and avoid it where possible.

How is the cost of downtime calculated?

The cost of downtime in either lost revenue or reputation is uncomfortable to think about. Even as Fortune 500 companies have the financial constitution to survive a major outage, they still suffer. Unsurprisingly, the bottom line of a smaller business is even more vulnerable.

As you may imagine, calculating the cost of downtime comes with its own set of challenges. Downtime cost varies greatly and depends on a variety of factors. Unplanned downtime affects businesses differently and is contingent on their industry vertical, revenue, peak hours of business, and length of the outage.

However, since is this not a new phenomenon, we have reliable studies that give us some insight into the hard numbers of average downtime cost.

The average cost of downtime

Let’s start with the oft-cited 2014 Gartner report which states the average cost of downtime to be $5,600 per minute. A report from Ponemon Institue calculates the average to nearly double that at $9,000 per minute. Now before you freak out, know that they’re at pains to remind us this is simply an average relative to some of the factors we mentioned before (industry, revenue, etc.). Still, those numbers are no laughing matter.

Another survey conducted by Statista shows us that 25% of the respondents noted the average of a single hour of downtime cost in lost revenue circled between $301,000 and $400,000. Terrifying, but again, these numbers are subject to varying degrees of circumstances.

For example, when we look at small-to-midsize businesses (SMB), the average range of downtime costs drops to between $137 and $427 per minute. A smaller number for sure, but it can still be the death knell of a small business.

Calculating the true cost of downtime

To determine how much an outage will cost your business, we’ll have to use one of several equations to arrive at a rough estimate. However, before we do that, we need to address what cost it is we’re trying to calculate.

The cost of downtime can be measured in more than just lost revenue after all. There’s a hit to productivity to consider, as well as data loss, brand reputation, and recovery costs. Each of these is as important as the other, especially given the difficulty in recovering lost data or dissatisfied customers.

Measuring intangible costs like reputation or the stress placed on workers is a tougher assignment, and not easily reflected in numbers. But for downtime costs weighed by a dollar sign or rate of productivity, this is much more manageable.

Let’s begin with downtime cost in lost revenue. To calculate it, we’ll use the following formula:

To figure out the cost per minute, let’s assume the worst and reference some of our studies above. If you’re a small business, let’s say it’s $427 per minute. If you’re a large business, go with $5,600. Use this formula if you want to calculate the hourly downtime cost as well.

Determining the cost of productivity is a little more straightforward: 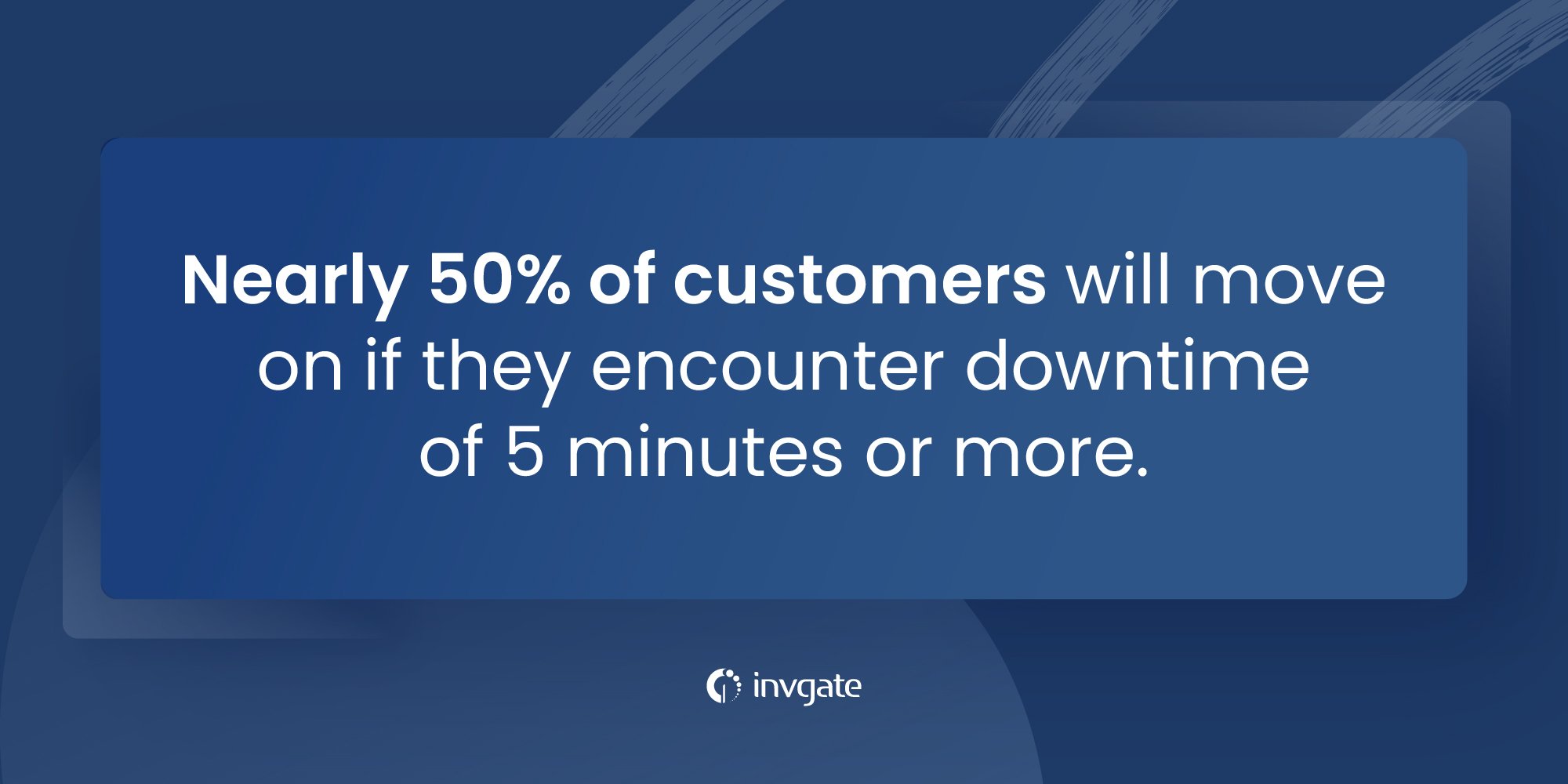 What factors contribute to the cost of downtime?

Now that we’ve taken a look at the average cost of an outage and have a better idea of how to calculate downtime cost, let’s look closer at some of the factors that contribute to that cost.

What industry you do your business in plays a significant part in how detrimental IT downtime will inevitably be. Perhaps it's no surprise the industries with the highest risk to system downtime are ones like banking, finance, insurance, government, technology, communications, manufacturing, and healthcare. This is less true with other industries such as retail, education, or construction. A headache still, but at less cost.

Size of the organization

There’s no need to do the math in our heads. As we touched on before, the larger the organization the greater the downtime costs. Consider an organization with thousands of employees. Lost revenue is one thing, but the cost of lost productivity and wages owed to idle employees would be immense. That’s not to say smaller to mid-sized businesses don’t suffer, rather the sheer cost of unexpected downtime and disaster recovery takes on a greater scale the bigger the business.

More and more business is carried out online. How much of your business depends on online services is an important factor in calculating the potential risk of unexpected downtime. Naturally, if you’re an eCommerce site that conducts business exclusively on the web, the risk of server downtime, for example, is significantly higher than that of a brick-and-mortar store.

How to avoid downtime?

As they say, the only certainties in life are death and downtime. And as we illustrated before with some of the world’s biggest corporations, it happens to the best of us and should be expected.

That said, there are ways to prepare for it and mitigate any data loss, lost productivity, or hit to revenue. Similarly, here's how to manage change and avoid human error.

A contingency plan with clear, easy-to-follow instructions to take in the event of unplanned downtime should be among the first steps your team takes to minimize the damage dealt.

In the spirit of planning, putting certified ITIL best practices to work with an ITSM tool like InvGate Service Desk is a great way to stay ahead of disaster. Conduct predictive maintenance or investigate the root cause of former outages with the power of an all-in-one problem management solution.

When downtime strikes, business comes to a halt and your reputation is at stake. To deliver the best customer service possible, be sure to maintain an open line of communication with stakeholders and clients.

Read other articles like this : IT General, cost of downtime