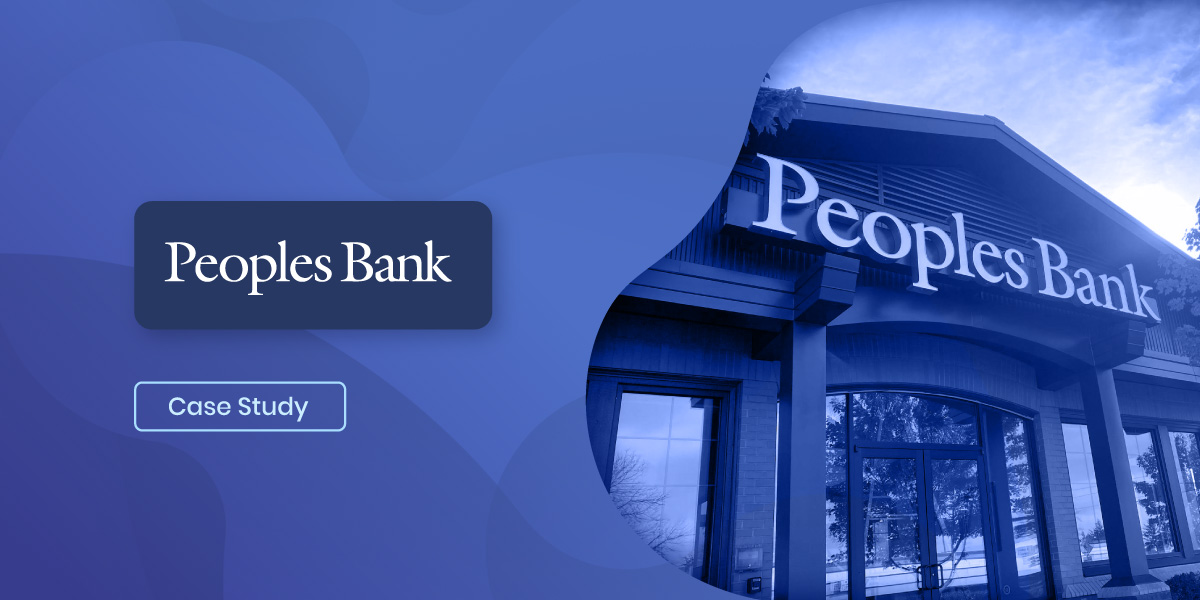 Peoples Bank was founded on January 7, 1921; since then, it has remained a family-owned and operated business, with current CEO Charles LeCocq expanding the business to 23 branches and more than $2.6 billion in assets.

As IT Service Desk Manager, Megan Engels was faced with a daunting challenge. The company’s support structure was hopelessly scattered, with dwindling usage of their service desk vendor and a lack of confidence in its ability to handle requests and properly route them. Teams were relying on the inefficient and cumbersome process of direct emailing, which also meant that they were unable to get clear reportable data on request fulfillment and performance. “It was not scalable at all,” says Megan. “We had set it up with three different managers multiple different ways and it was a nightmare to perform updates. We needed something that was delivered in a single instance, specifically for streamlining our updates.”

A change needed to be made, and so Megan took on the challenge of finding a new service desk provider. After a thorough selection process during which she saw over 20 vendor demos, she narrowed her choices down to 5 different options for a thorough vetting process by a team of 45 people. Peoples Bank is a relationship-driven business, and the helpfulness of InvGate’s team pushed InvGate Service Desk to the forefront.

Since then, Peoples Bank has been able to achieve support synergy, using the tool’s self-service portal to simplify navigation and unify all the different levels of support. They were able to use InvGate Service Desk as an Enterprise Service Management solution, with 24 different departments using it on a daily basis.

"We are one full support department now, which is amazing. Even though it's spanning so many groups and teams, InvGate Service Desk is one place to go for help. And from an end user perspective, that's just amazing”

After 6 months, Peoples Bank saw a 75% increase in portal incident reporting (as opposed to email), signaling a healthy user adoption. Additionally, internal polling has revealed a 47% improvement in user satisfaction on ticketing as well as a 40.1% improvement in ease of reporting.